George Bernard Shaw said that "There is no better kept secret than the one everyone knows." I remember at a conference on environmental issues, one of the speakers, an American scientist, who was very impressed by the city of Valencia, lamented that we had the “best kept secret in Europe”. All Valencians know that the Holy Chalice is in our city. That the first novel in the world was written here and in Valencian. That the first expedition of Colon was financed by a Valencian. That we have natural spaces with a variety of fauna and flora unique on the planet. A sublime gastronomy beyond the omnipresent paella and so many other things that we believe that everyone outside our borders knows, due to its great importance, but it does not. Thinking that everyone knows what we have makes us not promote it. We sway in complacency and it ends up being a secret. We are that way.

In a summer course a few years ago, alas! A speaker made a relation of the natural parks of the Kingdom of Valencia between wetlands, forests, coastal and interior mountain ranges, but I noticed that one was left. In Question Time I referred to it and asked why being such a large space, with so much biodiversity and for me very important: with hardly any presence of populations that can alter wildlife, as it was possible that it was not a natural park, the speaker He smiled and replied: so that no one will visit and spoil it. 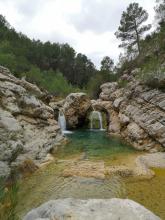 When a place is declared a Natural Park, in reality if we look at any map on the internet we will see that it is included in what is called “protected natural spaces”. This tag is created to preserve it. And it is preserved because it is in danger. Infrastructures, specialized personnel, a budget (almost always lean) and a series of measures are created for its recovery and for its responsible, supervised and limited enjoyment.

Therefore, there are places that could also fall into the category of these spaces, but they do not have this distinctive not for being inferior in biodiversity or being very small, but for remaining unchanged. Far from the intervention of man. The space I refer to is known by many Valencians, but since it is not a Natural Park, it remains anonymous and almost no one visits it. In 2007, environmentalists in action, collected signatures for it to be declared a Natural Park, the initiative did not prosper. In the reports on the management of natural spaces, it does not appear that, although a budget and means are assigned for its surveillance and protection, it does not appear as a Natural Park or Protected Natural Space. If we look at any map of these two callsigns, it does not appear. 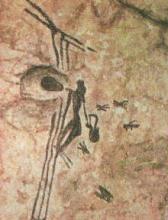 The most curious thing about the matter is that it is not a small place where it is not easy to find it. Nothing is further from reality: Its extension (I do the calculations by eye seeing the map) may reach almost 20% of the total extension of the province counting 3 molars and the main massif in the center. This alone is 2350 km2. Cavanilles said that it was "center and point of union of the mountains scattered throughout the Reyno de Valencia". It is not a place that goes precisely unnoticed. What happens is that it is difficult to access. Its topography may be a wonder for some, but a nightmare for the rest. On the north side, it is accessible only to one of the molars. In the west, it is, but also only part of it. To the south, also inaccessible to much of it and to the east, there is the only access that allows you to reach the central massif. The route is already difficult and winding in itself only to access the only two towns that exist inside it, but very close to the periphery of the massif towards the east and the rest of the route, it is practically only reserved for 4x4 vehicles. In some cases, heavy rains destroy the roads and the small bridges that save the numerous ravines that circulate inside. In fact, this place was ground zero of the famous flood of '82. The forces of nature that are unleashed in this place are impressive.

Once, we went to visit one of the many natural shelters that exist since it is a place rich in calcareous stone and where one of the most emblematic paleolithic cave paintings in our community is located. It was impossible to access by car and the walk lasted as long as our patience, which was a lot. We turned around at the end.

Being of a Mediterranean climate, most of the vegetation consists of Aleppo pine and rhodenos, mastic, palm hearts, gorse, rosemary and thyme, although the central part that was saved from the great fires that it suffered in the past, houses a magnificent forest of holm oaks. Ash and strawberry trees are preserved in some ravines.

The fauna is very rich. This is why, in 73, the old ICONA (how much damage you have done when you wanted to), turned this space into a Reserve